Having claimed the titles of “Most Stylish Man” & “Sexiest Man of Asia” John Abraham has ruled the world of modeling and is the Style Icon and role model of millions of people world over. John Abraham Body has made many hearts fallen in love with his Muscular Curves. His Diet plan is very unique and John Abraham workout routine is very intense and mind boggling.

But over his journey, his acting was not the only thing that was appreciated by his fans, his body has also made millions of fans. Being a model it was his job to maintain a lean body, but even after entering movie world, he kept working out and has build a physique that one can only dream of.

Lets have a look at his body stats.

If you have been following John, you must be wondering that how John switches from lean body to muscular one. Actually John is blessed with ecto-mesomorph body type. People with such body usually have broad shoulders and narrow waist making a “V” structure which is actually hard to build and could easily switch from a lean body to muscular body.

But John makes a very good use of it and is setting example in front of everybody by strictly following his workout routine. No matter what, John never avoids his workout and follows instructions given by his body trainer Vinod Channa.

Under his trainer’s guidance, John has achieved impossible and strives to continue the same. Lets checkout the workout routine of John as prepared by his body trainer.

John has a pretty straight forward workout regime. He workout four days in a week. For the rest of the days he take rest and make sure to have good protein rich diet plan.

For Chest he goes for – Cable Cross Over, Inclined Dumbbell Press, Flat Bench Press and Decline Pull Over

Along with this workout, John does Cardio for 25-30 minutes post workout. It is advised by his trainer, because according to his trainer, if you wish to build heavy muscles you must do cardio after weight exercises. As it helps improve blood circulation which in turn provides the protein to the muscles for growth after pumping.

John Abraham workout routine is actually insane some would say but that is what is required to build such a huge powerful body. To reach up to John Abraham body curves one has to work continuously without giving up. John has a few things to say for his fans on workout.

“It definitely requires moving out of the comfort zone to land in the success zone.”

Following it, is not only  difficult and challenging but maintaining a perfect stamina and keeping yourself motivated throughout the workout routine and schedule (body as well as the mind) is another whooping task in itself which requires another level of stamina and endurance which comes with will power only. John Abraham workout routine is tough, intense and consist of high intensity training.

Building Muscular John Abraham Body is not an easy task at all. It requires continuous efforts to be put in daily with really god diet plan. One has to avoid many tasty food also to get something close to John Abraham Body. Now lets checkout what John eats to withstand this workout and still stay so energetic throughout work.

Abraham does not believe in fad diets or crash diets. He only asks to eat right and eat well. His simple routine diet plan is as below:

Breakfast: John indulges in Breakfast at around 10 am after a gap from morning workout session

Since he works out in the morning and breakfast being the strongest meal of the day, he relies more on protein intake in this. He takes oatmeal, broken wheat, yogurt and other natural sources of protein.

Just before the lunch he’ll have some salad.

Lunch – Have a moderate to high amount of meal in lunch which includes 3 chapati, sprouts, boiled vegetable, curd and pulses.

Evening –Fruits like apple and papaya along with orange juice plus if he feels hungry he takes one boiled potato.

It is always suggested to have dinner on time and not late night. Dinner before 9pm is what followed by John Abraham.

Pre-workout – He likes to have Green Tea, Potato with brown bread and an apple

Post-workout – He takes protein shakes and one or two natural sources of protein.

It’s really important for him to take protein shakes, since he is completely vegetarian and relies only on vegetarian food. He has also stated that, since he has left non vegetarian, he has actually gained endurance and natural stamina as compared to what he had earlier while eating non veg.

This Diet plan of John Abraham consists of overall 50 per cent protein and 20 per cent carbohydrates. Remaining is composed of fibre, fats and anti-oxidants which are required for meeting necessary body functions.

In an interview John Abraham has said that he finds fitness like a tripod stand with three legs- good food, good sleep and good routine. He believes that, to stay in good shape, hard work is the key and short cuts won’t help for long run. He never uses steroids and doesn’t want others to use it either since that is not the healthy way of making good body build.

So, what are you waiting for? Follow John Abraham workout routine and diet plan and get ready to be a superstar like John.

I would love to hear from you. If you have any suggestions or queries regarding John’s workout or anything do write to us in the comment section below.

Find The Celebrity Inside You..!! 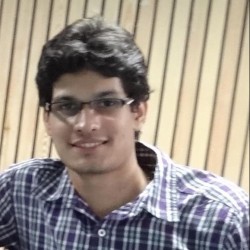 Last Updated on December 24th, 2020 Shilajit is an ancient herbal

Last Updated on December 24th, 2020 Have you observed hair fall while