Prabhas aka Venkata Satyanarayana Prabhas Raju Uppalapati is the Bahubali of Indian Cinema. After the huge success of Baahubali, Prabhas has won all the prestigious awards of Indian Cinema and has taken Indian cinema to a whole new level.

Born on 23rd October 1979 in Chennai is the son of a great film producer U. Suryanarayana Raju. Right after completing his graduation in engineering, Prabhas started to look for his carrier in movies, since his father was also working in the same field, so Prabhas was always attracted towards acting. Soon he got to debut in Telugu movie Eshwar in 2002. And he began to learn acting and soon became the king of Tollywood. When he was at the peak of his carieer in 2015, he got an offer for S.S. Rajamouli’s movie – Baahubali. This movie was released in ten different languages not just across India but across 7 continents. The movie was a huge success and after this came its sequel Baahubali 2, which actually broke all the records of Indian Cinema including Bollywood and made Prabhas the Unreachable King of Indian Cinema World. He won all the prestigious awards and got a world wide recognition for the movie.

But he worked really hard for this movie; not just in acting part but did a lot of work on his body as well. He has to built a “Hulk Like Body” to suit the role of Baahubali. Lets checkout the lastest vital stats of Prabhas that he has after Baahubali.

Making such a huge build is not an easy task. But Prabhas, with his dedication and hard work achieved it in a matter of days. So, let’s checkout what Prabhas’s Workout plan to achieve Baahubali’s giant physique.

Prabhas is very much inspired from WWE wrestlers and wanted to use their technique for revolutionary change. He spent a lot of time in observing the wrestlers and even bought equipment’s costing 1.5 crore to build his gym at home.

Below is Prabhas workout schedule:

He would work out six times a day that includes four sessions in the gym. It is too much, but building such a massive  hulk sized body requires such massive efforts. Please do not start to gym four time after reading this. He use to work under proper guidance of professional body trainers and had special dietary supplements that supports his body to withstand this hard workout.

Apart from this, he follows a morning cardio session for about an hour that would include swimming, running, hoping on a bike. After this he use to work on building the core; and for this he use to so below mentioned exercises:

Start with plank position with core tight. Push alternative leg to the arm and return to the starting position. To make this workout rigorous, try a push up after both the moves. Start with a pushup and a mountain climber and increase the intensity slowly by one pushup two mountain climbers and so on.

It’s a move for that killer workout session. This one is just enough to sweat it out. Stand with feet hip wide. Jump and immediately land on the high plank position, do a quick pushup and quickly jump back to hand and jump again for the next start.

Thereafter he followed a three hour session concentrating only on abs and muscle building.

Just like the normal leg raise when you are lying on the floor and use your core to lift your legs 90 degree. The same is to be done while hanging and lifting your legs parallel to the ground. If you do it with a little twist, with legs side to side, it can give you much needed results soon.

It develops overall strength and stability for the body. An elbow plank is more effective, you can also incorporate side planks as you have to bend on side while doing it alternatively.

It builds stability as it requires great balance to do the exercise. It will not only train your abs but also helps in giving the curves you need for a perfect body.

Next is the Muscle building session for Prabhas. The evening session is usually about building muscles by lifting weights and doing HIT.

Now lets have a look into Prabhas’s super diet plan that helped his body withstand these rigorous and insane workout sessions:

The diet chart is simple and anyone can follow it.

He believes in staying hydrated. He makes sure to drink 10-12 glasses of water every day. As dehydration makes you weak and sick easily.

He starts his day with 40 half boiled eggs blended with protein powder. These are divided in equal quantities throughout the day.

His dietician made sure to exclude all the carbohydrates and he should be bulkier for the role.

He took 6 meals a day that included protein rich food, and instead of rice he consumed brown rice. He incorporated the habit of small and balanced meals. A huge meal is not necessary just the right proportion of proteins that would also encourage healing in the body.

He had to take about 2000 to 4000 calories a day, which required him to eat every 2 hours. This means to gain weight, you should eat after regular intervals of time. So having 6 to 7 medium meals in a day is better that having 3 meals a day.

He included nuts, almonds, boiled vegetables, fish and chicken as they will provide the necessary nutrients needed for the body for the hulk like workout and build.

He says that the body needs right amount of post and pre workout diet to make sure your efforts in the gym are not wasted.

Though there was a high requirement, still Prabhas never had steroids for building body. He says steroids are body building drugs which are risky and can cause health problems. They might give you quick results but those results won’t last longer. He always motivates people to follow a natural diet to build body.

This was it from Prabhas’s workout and diet plan to build that giant Baahubali like body. Now it’s your turn to get into action. Follow what Prabhas did and be the next Baahubali.

Find The Celebrity Inside You..!! 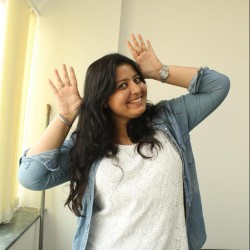 Sakshi Singh
Sakshi Singh writes blogs, which considering where you’re reading this, makes perfect sense. She is a versatile individual with a keen sense of observation, impeccable language and a rather clever way with words. She also writes about people, on subjects ranging from emotions to health to life.

She is rather control and cleanliness freak when it is about her home sweet home. She loves to sit next to her small rose garden with a cup of tea, to write.

When not writing blog posts, she works as a Human resource manager at a startup.You can connect with Sakshi at Facebook. You can visit her blog at "sakshisira.wordpress. com" and read her latest posts.

Last Updated on January 7th, 2021 Shilajit is an ancient herbal

Last Updated on January 7th, 2021 Have you observed hair fall while